2nd Degree Black Belt in Taekwondo
Krishan Ubongen attained her black belt at 16 years old and is currently a 2nd Degree. A graduate from the Design & Technology Academy, she is now working on her undergraduate studies.

Her interest in martial arts originated from her grandfather who did judo and karate. Because of him, she was introduced to the world of martial arts and has since then trained in taekwondo, tang soo do, etc. 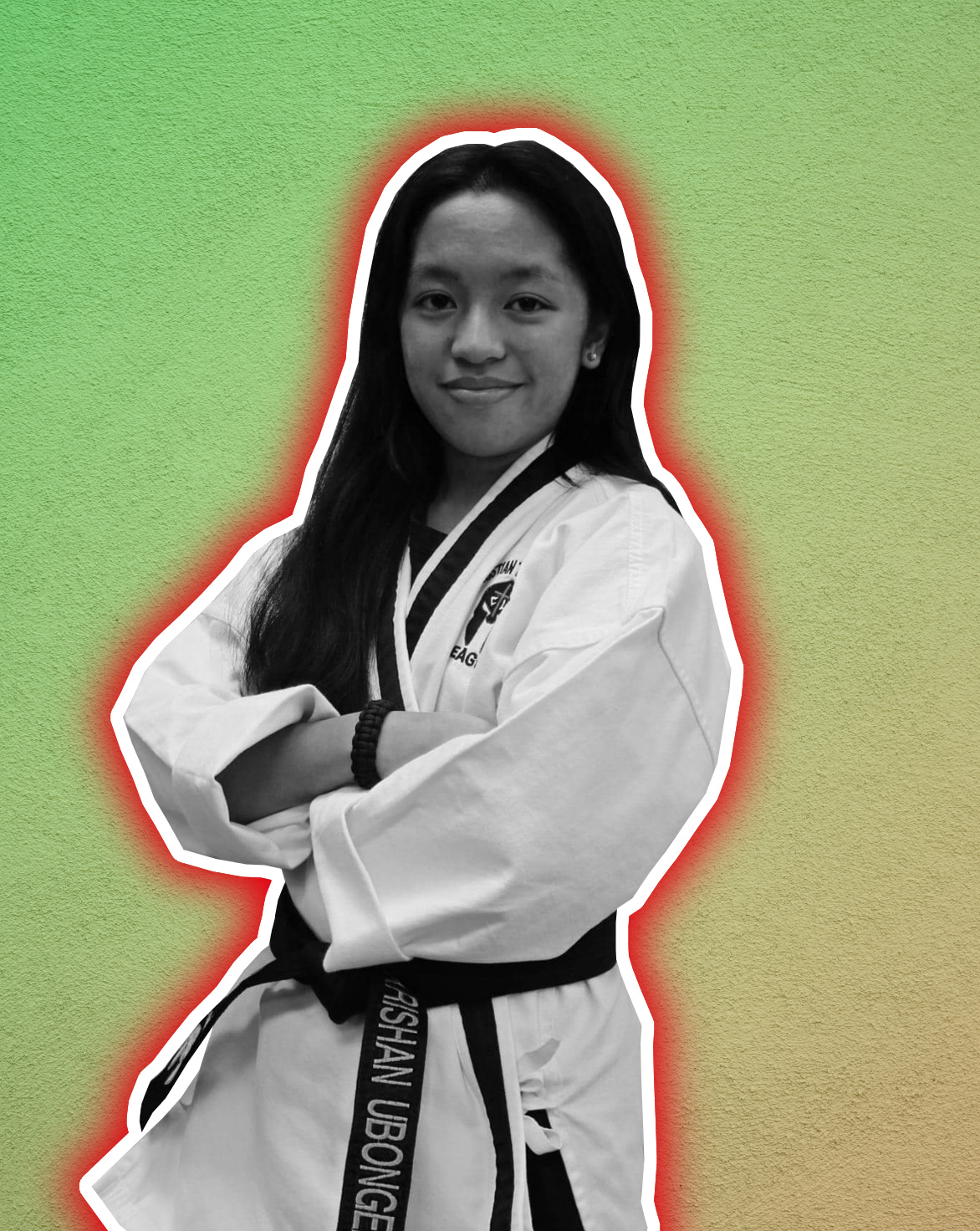