Master Dan Walthers trained in martial arts as a youngster in elementary school, obtaining the rank of orange belt.  At age 36, he began training in earnest with GrandMaster Johnny Thompson in San Antonio, Texas.  He earned his 1st Dan rank from GrandMaster Thompson in 1995.

Throughout the years Master Walthers has also had the honor to train with GrandMaster James Cummings on occasion as well as Master Art Lopez, and Master Sean Thomas,   He has also attended many seminars and training sessions featuring many masters and grandmaster.  Master Walthers has continued to advance in the art of AmericanTang Soo Do and eventually earned the rank of 5th Dan in 2007.  He will test for advancement to 6th Dan, Sr. Master, level in December 2019 and the annual conference.

Master Walthers originally began training with his then six year old daughter and eventually his son, who both hold first dan levels in the art of American Tang Soo Do.  Both son and daughter also have belt rankings and training in other styles including JuJitsu and Marine Martial Arts.  Master Walthers now has the honor of training with and instructing his granddaughter at Master Ramirez’s Christian Taekwondo League.

Master Dan was formally married to the late Regina Jack-Walthers in 1979, (Hon 1st Dan, TKA).  They have a son and daughter, Sam and Adrian.  Dan has a granddaughter, Regina, from his daughter and is expecting a second grandchild in April from his son and daughter-in-law.  He has been employed by Iheart Media since 1985 in San Antonio, Texas and is currently Vice President of Radio Engineering.

Master Dan has received several accolades both in his martial arts career and his professional career: 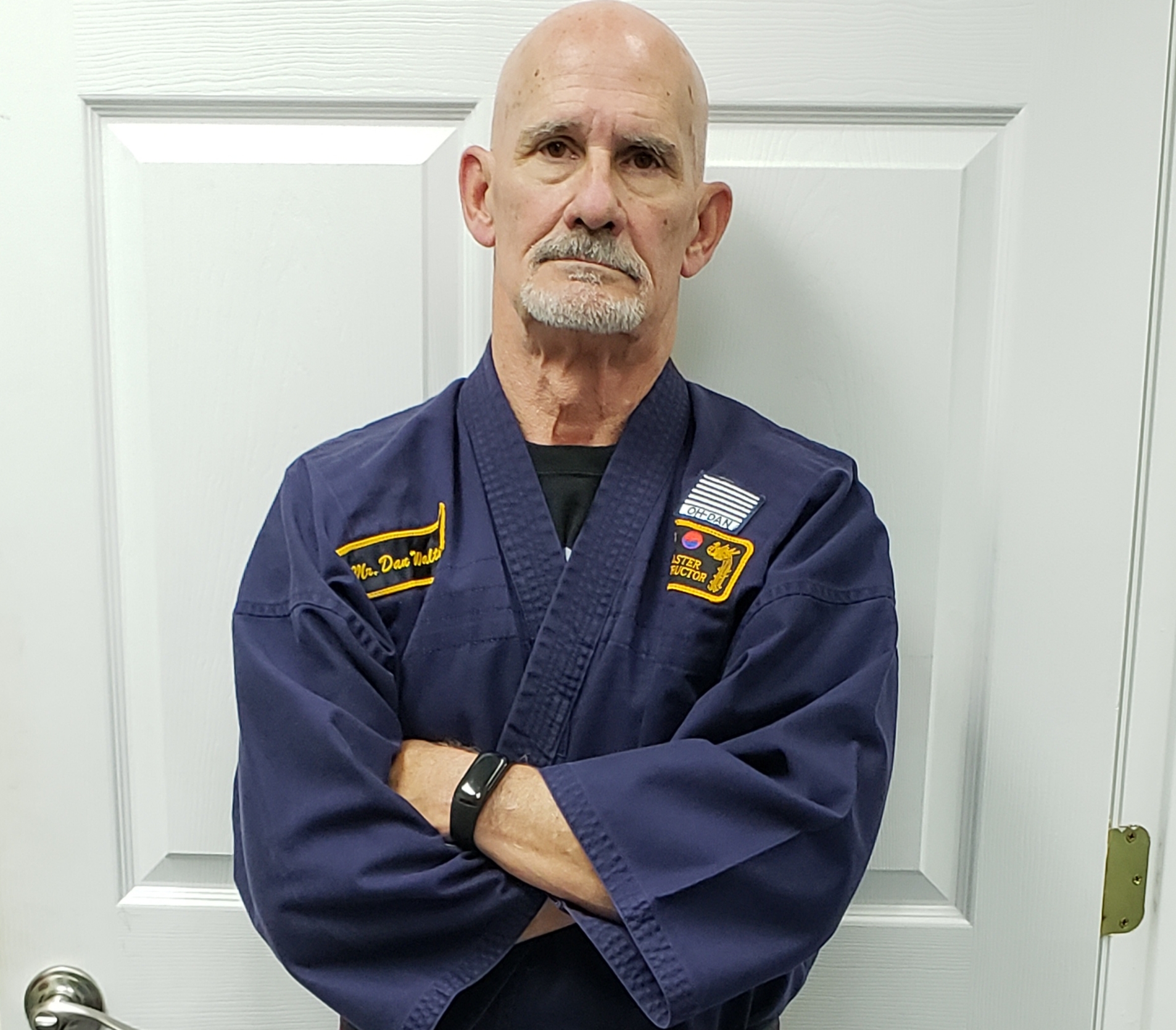 Warning: Use of undefined constant DOV_VERSION - assumed 'DOV_VERSION' (this will throw an Error in a future version of PHP) in /home/customer/www/sa-christiantkd.com/public_html/wp-content/plugins/divi-bars/includes/class.divi-bars.controller.php on line 65