Sylvia Deneise McDonald, started Martial Arts at the tender young age of 57, earning her 1st Degree Black Belt at 60 and her 2nd at 62!  She can be found at the dojang, five days a week, helping Sensei Ramirez shape the minds and bodies of children and adults

Mrs. Sylvia is EXTREMELY busy working out at the gym, working a full-time job and then assisting at Christian Taekwondo League every evening. She is also leading several classes, including Women’s Self-Defense, during the week.

Originally thinking she was signing up for self-defense, she discovered the world of martial arts and has been working with Sensei Ramirez ever sense. She has been known to test with broken toes, wrapped knees, and laryngitis!

After three long years, she qualified for the privilege to test for her First Degree Black Belt. After seven hours of testing, including forms, self-defense, breaking boards and sparring, she was accepted into the martial arts family.

Under the guidance of her Sensei and Grand Master, she is pursuing her Second Degree Black Belt.

She has earned several awards including: 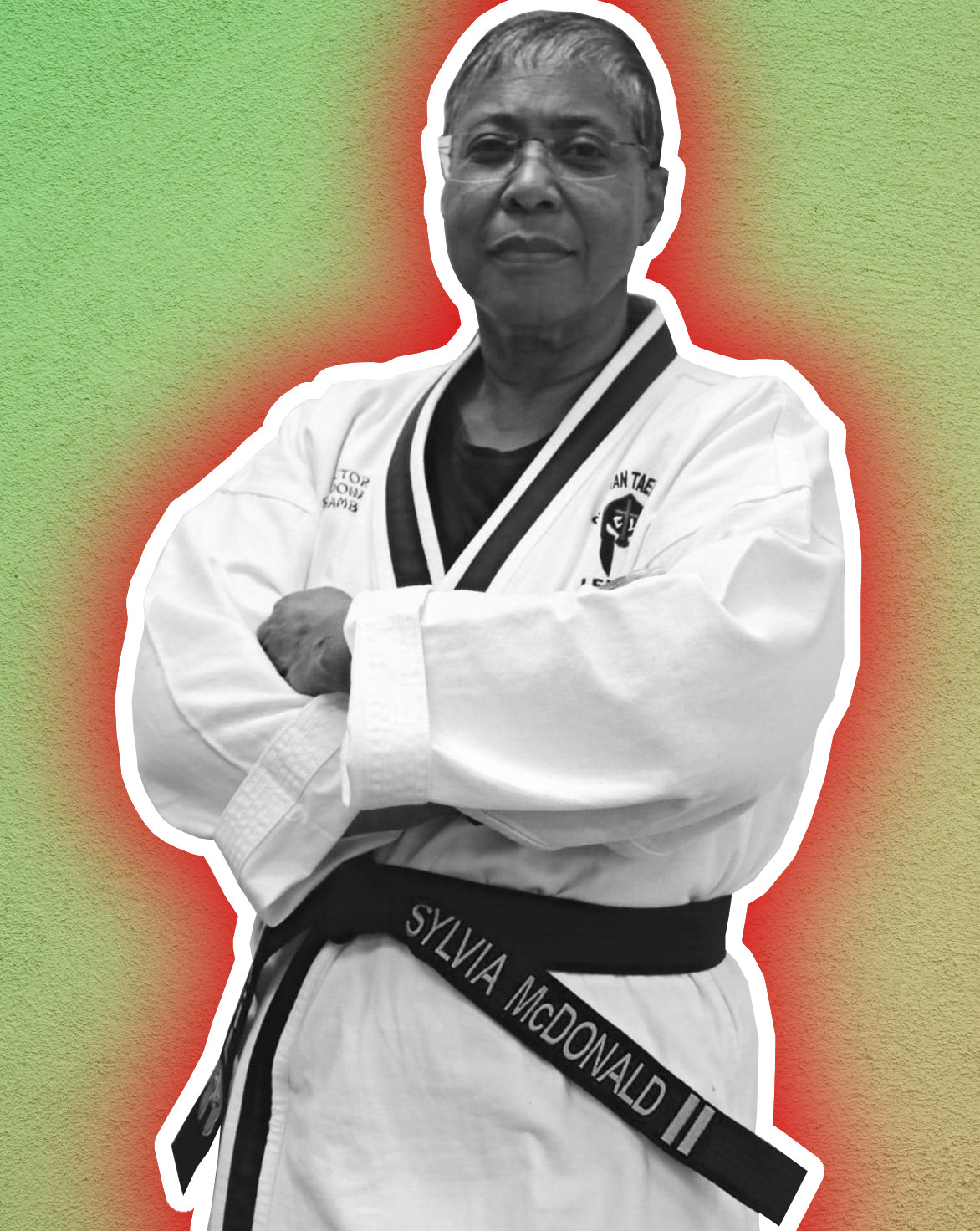